This week’s map shows every single star visible from Earth, on the darkest night with the clearest sky. The map also includes all of the brightest galaxies, nebulae, and star clusters from W.H. Finlay’s Concise Catalog of Deep-sky Objects. I illustrated the familiar Western star patterns - or asterisms - in blue and gold, as well as the scientific constellation boundaries in red.

Although the constellation boundaries are officially defined, asterisms are up for interpretation. So I actually used two different asterism datasets: Stellarium for the central map, and Western Constellation Lines by Marc van der Sluys for the illustrations in the bottom right corner. I thought it was interesting to show the range of interpretations for the same shapes (Sagittarius and Lepus are particularly unique across the two datasets).

Some of my favorite sections of the finished map. Orion and Canis Major were particularly difficult to label, because there were so many galaxies and stars all clustered around the same place in the sky. The tiny Greek letters next to the brightest stars are Bayer designations - stellar identifiers often used to label stars. After plotting all of these different elements in Python, I tweaked the label positions in Illustrator and added a glow effect in Photoshop to make the map look like the night sky.

This map plots the size of each star based on its magnitude, or the relative brightness as seen from Earth. Star magnitude doesn’t measure the actual size of the star, so it’s possible for a small star to have a larger magnitude than a massive star if the smaller star is closer to Earth. The star colors are somewhat close to the true colors, but they’re exaggerated to make the difference between similar stars easier to see on the dark background.

To illustrate the constellations shown on the bottom of the map, I used the 1824 card series Urania’s Mirror as a reference. The original engraved constellation cards were punched with small holes so that each star appeared to shine when the cards were held up to a light. 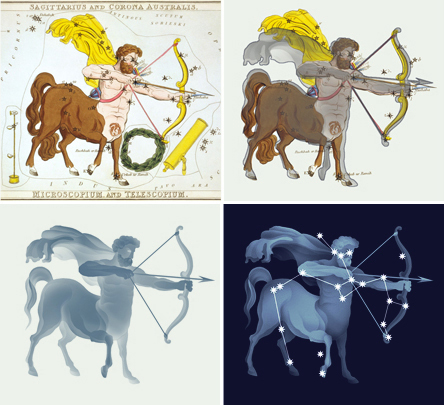 To update these illustrations from Urania’s Mirror, I first mapped each constellation using the modern HYG star database. Then I adjusted pieces of the Urania’s Mirror illustrations to fit next to the modern star alignments. I also increased the contrast between shapes and removed some confusing details, like the quiver on the centaur’s back in this example. The full-size map already shows the actual magnitudes of each star, so I decided to use a more artistic style for these illustrated stars. Each star is drawn as a sunburst with many rays, and the stars are all the same size so the constellation pattern is easier to see against the illustrated background. 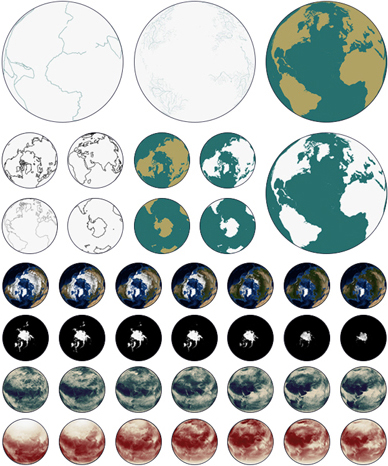 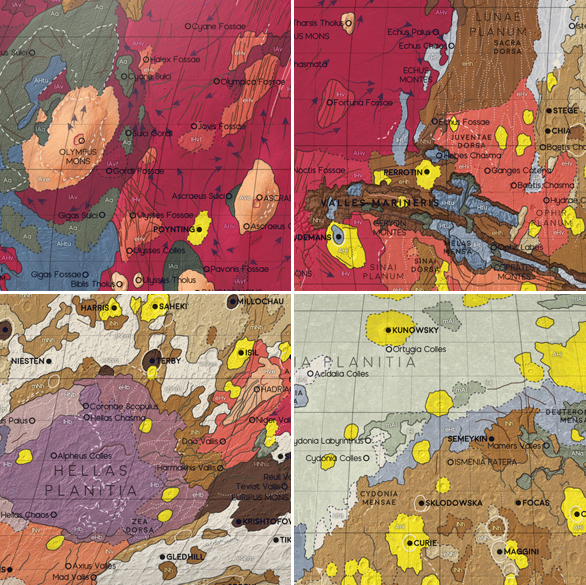 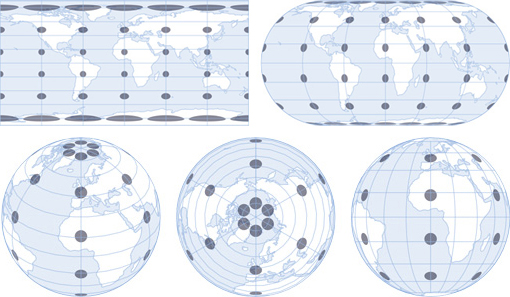